I finally had time to make some screen caps today: 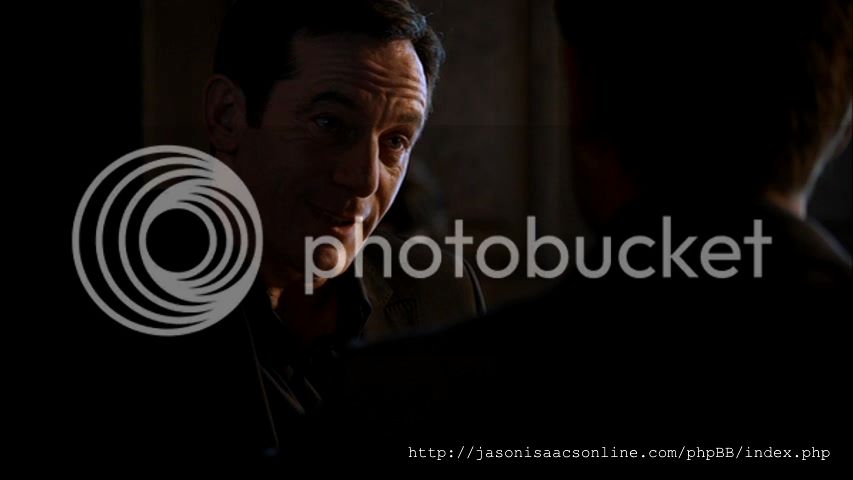 They aren't in chronological order...
Top

Nice shots, Thunder. He doesn't look Satanic at all. (But, perhaps my judgement is impaired by a natural bias

If the devil looked like that, there would be a long queue for the dark side...

He played nice, but showed the darkness a few times.

Love the third one, showing his cleavage

Thanks thunder. They are lovely.
Top

This mini-series makes some of the best screen caps of JI.

Pity he was not so prominent in the series itself. Just watched it properly (1st episode and then 2nd episode). Before, I had watched only parts of the 2nd episode (don't ask...). And I would have liked to have more JI time in it. Not only was he dressed in black suits and shirt, which I love seeing him in, but he had a lot of seductive potential, which was not used to it's maximum, methinks.

As for the subject, I don't react normally to satanic fiction. I laughed heartily during the 2nd half of The Exorcist.

All in all, it was interesting to watch Rosemary's Baby. The performances are good, specially Carole Bouquet (Margaux). I have some issues with the editing, though, it doesn't maximize suspense. But I suppose that is because I find the satanic theme and the gory images associated with it as definitely silly. Can't take it seriously...
Top

I haven't seen it yet, but I can get all the screencaps from it
Top
Post Reply
8 posts • Page 1 of 1