A fencing Jason Isaacs--in tights, no less!! Sorry--a historical drama concerning machinations and maneuverings in the court of Spain's Philip II, erstwhile husband to England's Queen Mary Tudor and dispatcher of the ill-fated Armada. Velvet and ruffed collars. Unfortunately, it appeared only sporadically in theatres, and is tough to find even on DVD.

By EMILIANO DE PABLOS MADRID â€” British thesps Julia Ormond and Jason Isaacs will topline palace skullduggery thriller "La conjura de El Escorial" (The El Escorial Conspiracy), a European co-production helmed by Spanish director-producer Antonio del Real ("Cha, Cha, Cha").
"Escorial" is inspired by events that took place in Spain during the 16th century at the court of King Philip II. It turns on the devious political turfwars fought by conniving factions. A traitor to the king, Antonio Perez (Isaacs), and the Princess of Eboli (Ormond) played key roles in one these plots.

The shoot of the English and Spanish language project rolls from next Monday. The pic will lense on locations in Spain and Portugal for 12 weeks. Isaacs will join the shoot Sept. 12 while Ormond, who is now wrapping her role in David Fincher's drama "The Curious Case of Benjamin Button," will come to Spain by the end of September, Del Real told Daily Variety.

North American actor-producer Tony Peck will exec produce and also will have a role as an actor.

Jason in 16th century costume!! Hilary, do you have some pics of such costumes to share with us??

I am SO completely behind this, but also a little disappointed. I mean I love the idea of Jason in a period piece and Juergen Prochnow's da bomb as far as I'm concerned, but from the article it doesn't appear this will see distribution outside Europe.

Another thing -- will it be filmed in Spanish, or English with Spanish subtitles? I'm sure Jason won't have a problem, but I've no idea about Ormond and Prochnow.

Regardless, it's still sounds wonderful and way more interesting than Stopping Power.
Top

Jason in 16th century costume!! Hilary, do you have some pics of such costumes to share with us??

Jason in 16th century costume...as a traitor to the king.

Im glad to hear about this movie anyway as I love epic movies.
Top

WOW! I happen to be a fan of all things Spanish! When dear hubby asked me where I wanted to go for our 25th wedding anniversary, I yelled SPAIN! So we spent 2 weeks there, and had the most wonderful time! Nothing like seeing the Alhambra up close and real, or the strange fort at Lorca, or those wonderful.... Anyway! Thanks, Char, for giving us this great bit of news! Somehow we will get to see this, and swoon over our favorite actor in 16th century garb!
Top

This does sound interesting. Guess he had some time to film now that Stoppping Power dropped dead. I just hope he is not in another powdered white wig........... (groan...)
Top

This is the picture I found of Antonio Perez 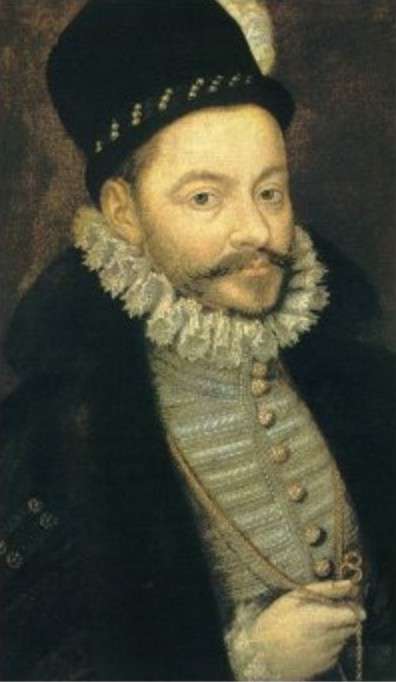 Here's our Jason as Perez

Brilliant, Char!
This sounds far more interesting to me than Stopping Power, I have to confess. And I love Julia Ormond. I'm sure JI will knock his costars' socks off with his Spanish!

As for distribution, well, why cast Britons if you don't intend to distribute to English-speaking countries?? It may be limited to "art house" release, but on the other hand, movies about Elizabeth I seem to be doing mighty well of late . . .
I can't believe this one got lined up so quickly!
Top

No white wigs. Short hair and the goatee Char chose.
Codpieces, though . . .
*yikes*
Anybody seen the second Blackadder series? A bit like that. Philip II was married to Mary Tudor. He was staunchly Catholic, and I think his court was a bit . . . monochromatic. Lots of black.
Top

Thanx Char, this is fabulous news to come home to...
I spend one day away, and look what happens...LOL
I am intrigued by this story, I think it will be great!!
Boy, this did come along rather quickly...Kudos to him!!
Top

Hmmm, well Canal Plus is a premium cable channel and TVE and Telemadrid are both State run television stations, so I'm inclined to think this is a made for TV project as opposed to something that'll see limited release. But as you say, both leads ARE Brits and the project IS designated an English/Spanish production, so perhaps this will be seen in British households too or released to DVD in North America at some point, cause it's happened before.

I'm still pretty psyched, though. This is just the kind role that's been pretty much at the top of everyone's wish list, and now here it is.

Kudos to him for lining it up.
Top

I definitely hope we'll get to see this!
Top

Thanks, to artist Char, we have an idea of the styles and facial hair for the 16th century in Spain! Love that portrait work, Char. Thank for showing it to us.
Top

Something to look forward to. And maybe this time, we can listen to the Spanish version on the DVD (dang, they haven't even made the movie, and I've already moved on to the DVD), and it, too, could be Jason's voice.

I agree. You don't cast two Brits as the lead characters and not expect it to play in the UK at the very least and art houses here.

Man. Tough tough tough finding anything on this one.
Here's a tidbit from Hollywood Reporter:

That last seems to hold out some hope that we may see this movie at least on a Region 1 DVD . . .

digging about today on IMDB

Nothing mentioned outside of Spain...mmmm....
Top
Post Reply
59 posts